The ruins of the Labrar Smelter (1) 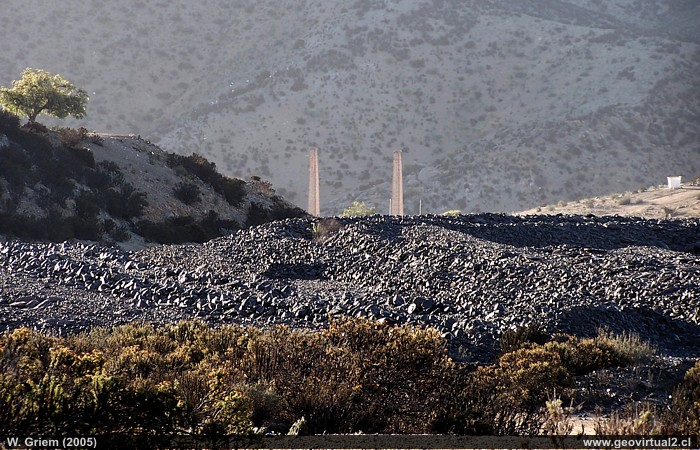 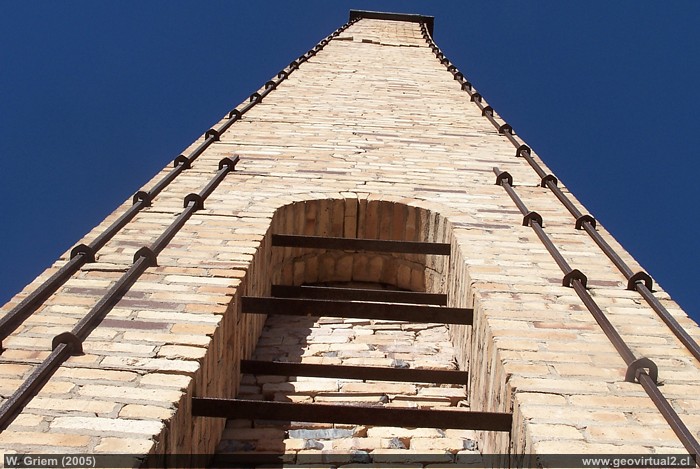 Labrar was an important industrial complex for the region. In 1830 Carlos Lambert had a copper smelting plant built in this area (other sources indicate the year 1846). Even today, three of these chimneys are still standing vertically in the landscape. They were built of English clinker and are 18 metres high.
In general, the furnaces were fired with wood or Australian coal. The port was the "Puerto Peña Blanca"16 kilometres away. In general it is described that the furnaces were in operation until about 1895, but in the "Estadística Minera" from 1903 it is reported that at least one furnace is still in operation and that two more have not been used for a long time.

Chimneys are the most striking witnesses of industrial development, especially in heavy industry. Labrar is one of the few areas where these silent witnesses are still imposingly defying erosion. One should imagine that large areas of the Atacama region used to look like this. Large groups of chimneys with adjoining huts, for example in Tierra Amarilla, Caldera, Yerba Buena, Astillas and many other places. This and the other villages were marked by their active heavy industry, where today the silence of the desert has returned.

The area is a cultural monument! It is forbidden to take any objects with you.

Any new publication not authorized by the authors is expressly prohibited. This applies in particular to electronic publications: Usage guidelines.