Copiapó: The Plaza and center 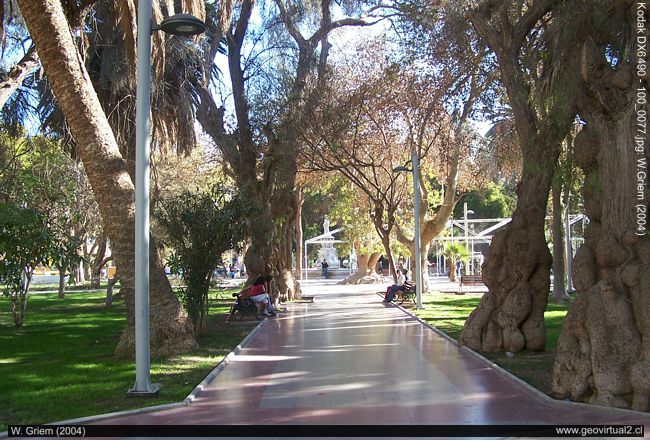 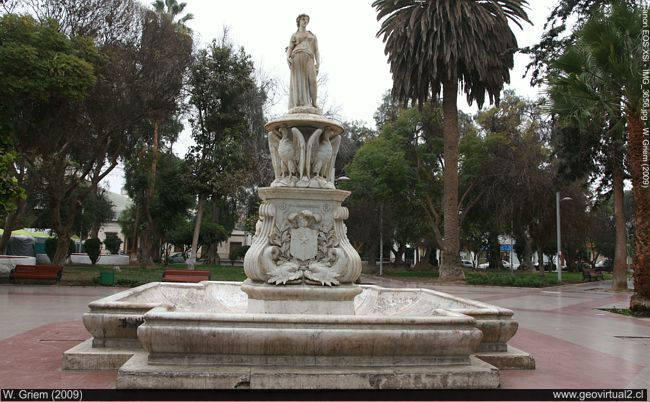 
Places of interest:
Plaza: Near the plaza is the mineralogical museum, which houses one of the most important mineral collections in South America. It also shows the importance of mining in this region for 200 years. (see here)

The Casa de Cultura (House of culture), located next to the square, holds concerts, exhibitions and has a café to relax and listen to some music. .

Regional Museum: It is located in Atacama Street and shows in a very didactic way the interesting history of this Region: It is necessary to visit it! It's very interesting! (here)

Alameda Cultural Center: In the vicinity of the Alameda between Freire and O ´Higgins is the center of Pubs and the cultural district of Copiapó. In the new cultural centre (Centro cultural) there are offering concerts, excellent halls and auditoriums for classical music.

Railway Station: In Juan Martínez Street, Copiapó's old station operated for a long time. Some large locomotives are presented in front of the building.. (see here)

Copiapó, capital of the Atacama region, currently has around 160,000 inhabitants. It is the commercial, educational and cultural center of the 3° Region. In the center you can find several commercial houses, shops, restaurants, hotels, banks and museums.
Copiapó existed as a pre-Spanish village (Copayapu) and had its first economic impulse with the discovery of silver deposits such as Chañarcillo and Tres Puntas.


The Plaza Prat, former Plaza de Armas, was founded in 1774, the center has a beautiful fountain and a marble statue, which symbolizes the mining of the Atacama Region. It has wide interior avenues and is adorned with statues representing the four seasons of the year. Nowdays, the four statues are currently interpreted as the 5 continents where one was lost in the past.
The large pepper-trees in the square were planted in 1880.

Places of interest
Information about Atacama

Any new publication not authorized by the authors is expressly prohibited. This applies in particular to electronic publications:  Usage guidelines.
If you have old photos or other (historical) material of the Atacama region, we would be very pleased to implement this in our pages: Contact