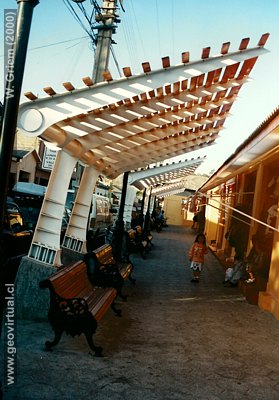 Vallenar's historical development depends a lot on mining: The silver, copper and iron mines in the surrounding area formed the city considerably. In 1892 the Railroad arrived from Huasco, later it was connected to the North network (1913). Steam baths opened in 1903, the Huasco - San Felix telephone line opened in 1909, and the purchase of the clock from the church tower in Munich (Germany) in 1910 shows a strong growth of the city at this time.

In 1922, November 10 - a Friday at 11:45 pm. changed life for all the inhabitants of Vallenar: A major earthquake almost completely destroyed the city. In addition to the 409 people who lost their lives and more than 300 injured, almost all the houses in Vallenar are seriously damaged.

Nowadays Vallenar is a modern city with several architectural landmarks. The bank of the Huasco river, the building of the company CMP (iron mines), the church tower and the sides of the market among others.


Places of interest
Information about Atacama

Any new publication not authorized by the authors is expressly prohibited. This applies in particular to electronic publications: Usage guidelines.