In 1835 Charles Darwin visited Copiapó. He describes Copiapó's social life. Three years earlier, the Chañarcillo mines began their activities. Darwin arrived in Atacama during the initial phase of the silver fever. He takes into account that the prices in Copiapó are at a very high level, and observes the scarcity of transportation means for mining. He also says that the inhabitants only know one thing during conservation: mining, mines and metal prices (changed something?). He mentioned that many residents only come to Copiapó with the aim of working and earning money - not to stay forever: the migration of people was very high..

In conclusion, Darwin ignored a little the mining in Atacama of 1835: He only spent a few kilometers in distance of Chañarcillo, but did not visit the recently inaugurated works.. 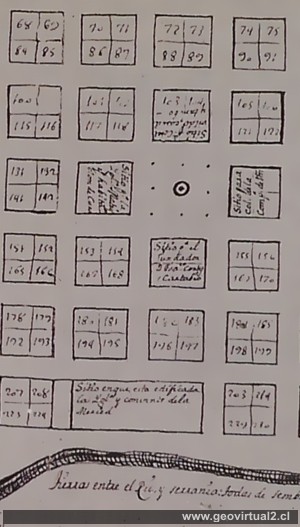 The Voyage of the Beagle

Charles Darwin, The Voyage of the Beagle - Chapter 16 - Northern Chile and Peru

We returned down the valley, and on the 22nd reached the town of Copiapo. The lower part of the valley is broad, forming a fine plain like that of Quillota. The town covers a considerable space of ground, each house possessing a garden: but it is an uncomfortable place, and the dwellings are poorly furnished. Every one seems bent on the one object of making money, and then migrating as quickly as possible. All the inhabitants are more or less directly concerned with mines; and mines and ores are the sole subjects of conversation. Necessaries of all sorts are extremely dear; as the distance from the town to the port is eighteen leagues, and the land carriage very expensive. A fowl costs five or six shillings; meat is nearly as dear as in England; firewood, or rather sticks, are brought on donkeys from a distance of two and three days' journey within the Cordillera; and pasturage for animals is a shilling a day: all this for South America is wonderfully exorbitant. (22.6. 1835)

The original texts were digitized, converted to ASCII and edited by Dr. Wolfgang Griem. Sketches and drawings are digitally cleaned.

Charles Darwin
Darwin in Copiapó
Darwin and the Copiapo river